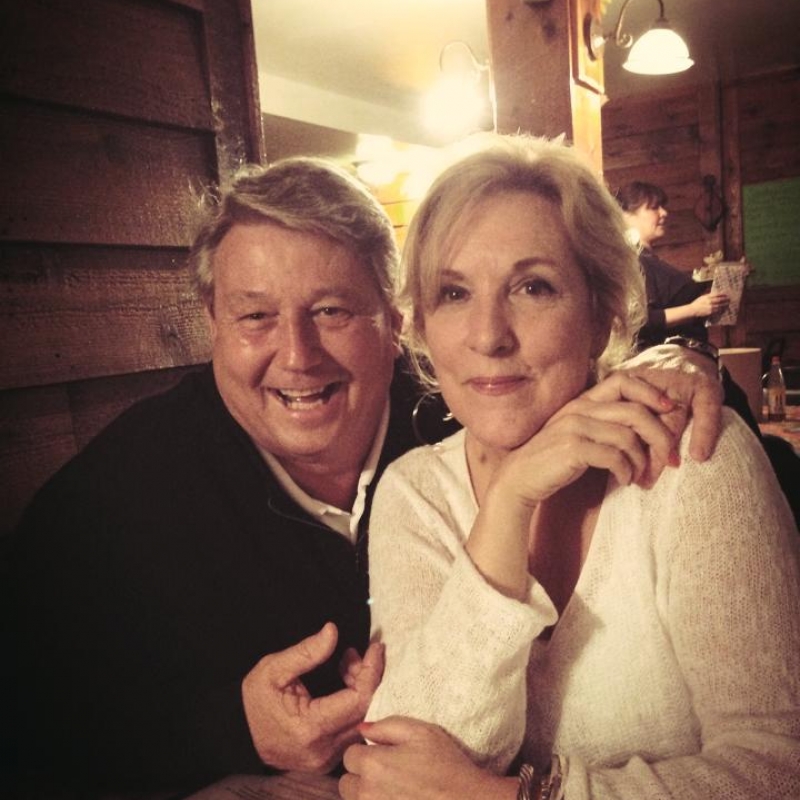 It’s a packed November night at Fullsteam Brewery in Durham, North Carolina, as patrons pack in for the annual “Bid Your Face Off” gala to support the MoDukes fundraising efforts for Movember. Jeff Shytle, accompanied by his wife and close friend, drove in from Lexington, North Carolina, just for this event. “I shouldn’t be here today,” remarks Shytle. “Tonight, I’m ready to out-bid anyone for one specific beard because I’m still alive to do that.”

In 2012, Shytle had an annual appointment with his local urologist and learned he had a rising PSA level. At only 54 years old and with no family history of prostate cancer, his urologist prescribed Shytle with an antibiotic treatment and planned to continue monitoring the PSA levels more closely in the future. In March 2013, the PSA began slowly creeping up again and Shytle underwent a biopsy that confirmed prostate cancer.

“Once I received the official diagnosis, I decided to have the prostate removed. After some research, I scheduled consultations with three different cancer institutions to get multiple opinions,” explained Shytle. “As soon as I met with Dr. Ferrandino at Duke, who had been highly recommended for his expertise in robotic surgery, I knew he was the surgeon I wanted performing my procedure.”

Michael Ferrandino, MD, is a urologic oncologist at Duke Cancer Institute who specializes in robot-assisted laparoscopic prostatectomy. He is a leader in prostate cancer research and committed to improving patient care at Duke.

Shytle felt confident that nearly everything was in order for the surgery, but he realized that one thing was missing. “At the time of my diagnosis, I had been dating my significant other, Susan, for two years,” explained Shytle. “From the moment I drove to her house to break the news about my diagnosis, she jumped right in and helped me figure out how we were going to beat this. Two days before my surgery, I remember looking at her and saying, ‘Susan, would you do me the honor of marrying me tomorrow? I am about to start a new chapter in my life, and I want to spend the rest of my life with you by my side.”

Susan said yes, and the couple were married the next day in a private ceremony in Jeffrey County, North Carolina. After the wedding, they went home and packed for Shytle’s surgery and loaded the car to drive to Duke.

In April 2013, Shytle underwent a successful prostatectomy. However, at his follow-up visit two months later, a rising PSA level indicated that the disease had metastasized. Ferrandino then referred Shytle to his colleague, Daniel George, MD, director of genitourinary cancer at Duke Cancer Institute.

“The multi-disciplinary care I received at Duke was flawless,” observed Shytle. “Duke lined everything up, and I always felt as if I was in the best possible hands.”

After that original meeting with George, Shytle began taking a hormonal therapy that immediately helped lower his PSA. Unfortunately, at his return visit in September, his PSA had again started to rise. Over the next few years, Shytle tried different standard of care treatments to lower his PSA. In January 2016, George discussed a clinical trial that Shytle may benefit from, AbiRace.

Throughout the last few years, Shytle, under the guidance of his Duke care team has enrolled in three different clinical trials available. Today, he is currently on a new clinical trial to treat his metastatic prostate cancer.

“Dr. George and the Duke team are outstanding,” said Shytle. “When I look at all he’s done for me, he’s not only helped me fight cancer but he’s helped me become a stronger person. I’m not cancer free but they are giving me my best shot, and I am giving it all I’ve got.”

Bid Your Face Off Event

During his clinic visits, Shytle learned about the upcoming Movember events. After teasing George about his ‘stache growing abilities, Shytle decided that he wanted to surprise George by attending the event and helping with the fundraising efforts. He arrived that night prepared to bid, got caught up in a bidding war, and ended up prevailing in his efforts by placing the winning bid at $3,400 for George’s beard.

“This is why we raise the money,” explained George while hugging Shytle. “This money goes to cancer research and that helps people live longer, and this man is living proof of that.”

Luckily for George, Shytle kept the embarrassing shave to a minimal. “I’m here today because of that man, and I wasn’t leaving the event without purchasing his moustache,” joked Shytle. “I owe so much to him, and I am so thankful that he refuses to give up on me. He’s not just my doctor, he’s now my good friend.”

The Bid Your Face Off event, hosted at Fullsteam Brewery, raised a record $12,000 for cancer research this year.