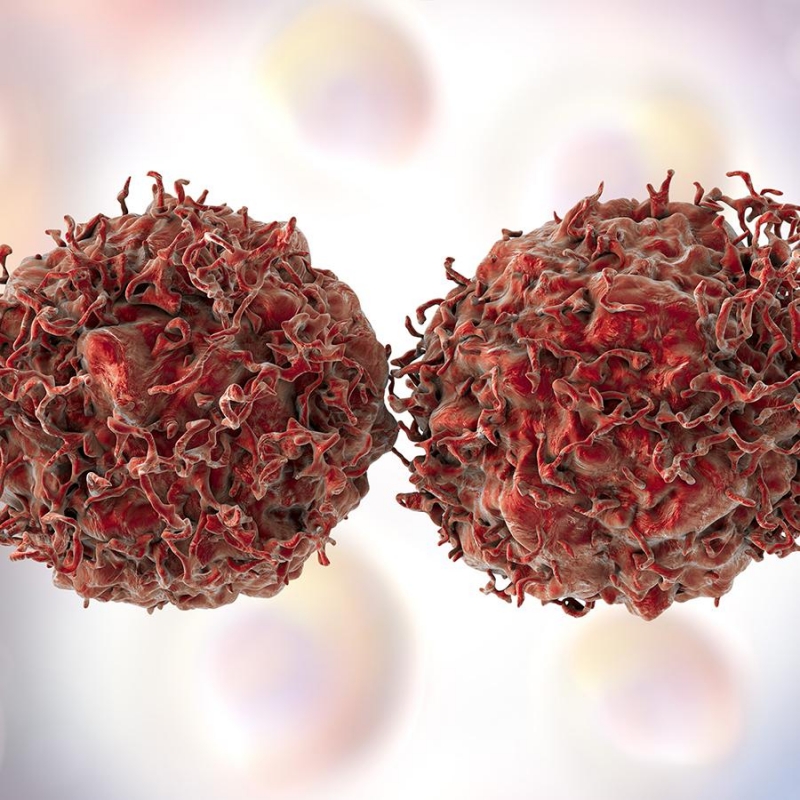 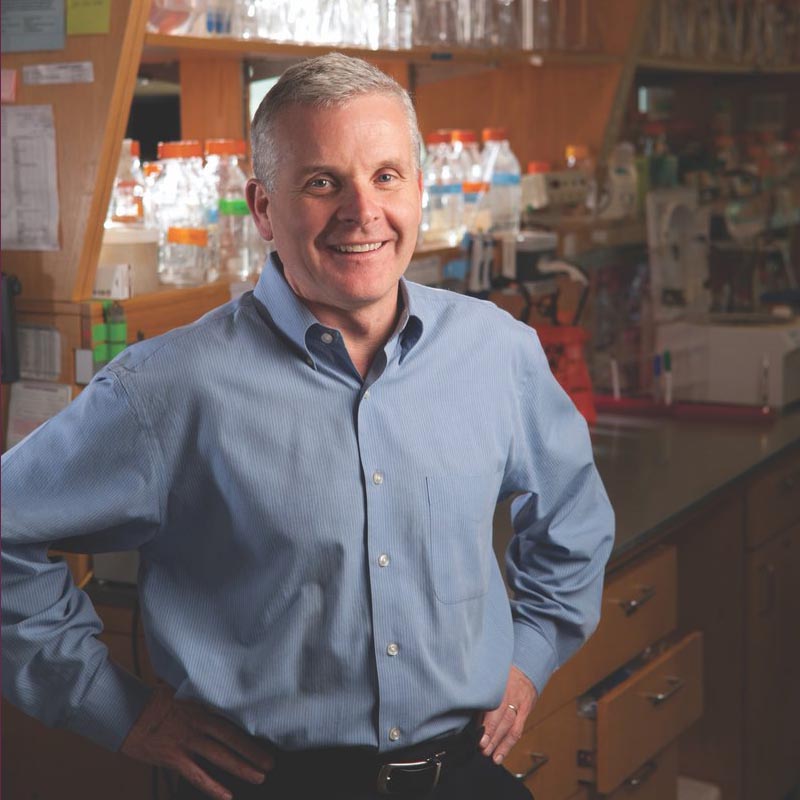 Donald McDonnell, PhDAdvanced prostate cancer and high blood cholesterol have long been known to be connected, but it has been a chicken-or-egg problem.

Now a team led by researchers at the Duke Cancer Institute have identified a cellular process that cancer cells hijack to hoard cholesterol and fuel their growth. Identifying this process could inform the development of better ways to control cholesterol accumulation in tumors, potentially leading to improved survival for prostate cancer patients.

The findings are published online this month in the journal Cancer Research.

“Prostate cancer cells, as well as some other solid tumors, have been shown to contain higher cholesterol levels than normal cells,” said senior author Donald McDonnell, PhD, chairman of the Department of Pharmacology and Cancer Biology at Duke. “All cells need cholesterol to grow, and too much of it can stimulate uncontrolled growth.

“Prostate cancer cells somehow bypass the cellular control switch that regulates the levels of cholesterol allowing them to accumulate this fat,” McDonnell said. “This process has not been well understood. In this study, we show how prostate cancer cells accomplish this.”

McDonnell and colleagues began by identifying genes involved in cholesterol regulation in prostate tumors. They homed in on a specific gene, CYP27A1, which is a key component of the machinery that governs the level of cholesterol within cells.

In patients with prostate cancer, the expression of the CYP27A1 gene in tumors is significantly lower, and this is especially true for men with aggressive cancers compared to the tumors in men with more benign disease. Downregulation of this gene basically shuts off the sensor that cells use to gauge when they have taken up enough cholesterol. This in turn allows accumulation of this fat in tumor cells. Access to more cholesterol gives prostate cancer cells a selective growth advantage.

“It remains to be determined how this regulatory activity can be restored and/or
whether it’s possible to mitigate the effects of the increased cholesterol uptake that result from the loss of CYP27A1 expression,” McDonnell said.

He said statin use alone might help, but perhaps not enough, since tumors could simply rev up the regulation of the cholesterol manufacturing process in tumors to compensate.

McDonnell said is lab is continuing the research, including finding ways to induce cells to eject cholesterol, reverse the inhibition of CYP27A1 activity, or introduce compounds that interfere with cholesterol-production in the tumor.