Physician-Scientist Looks To Environment For Clues To Bladder Cancer 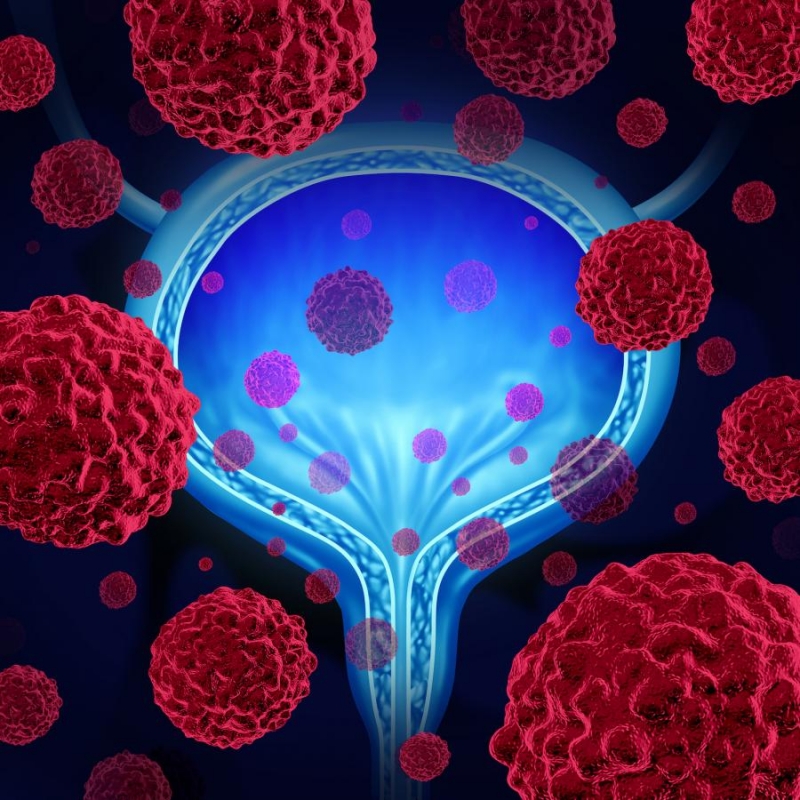 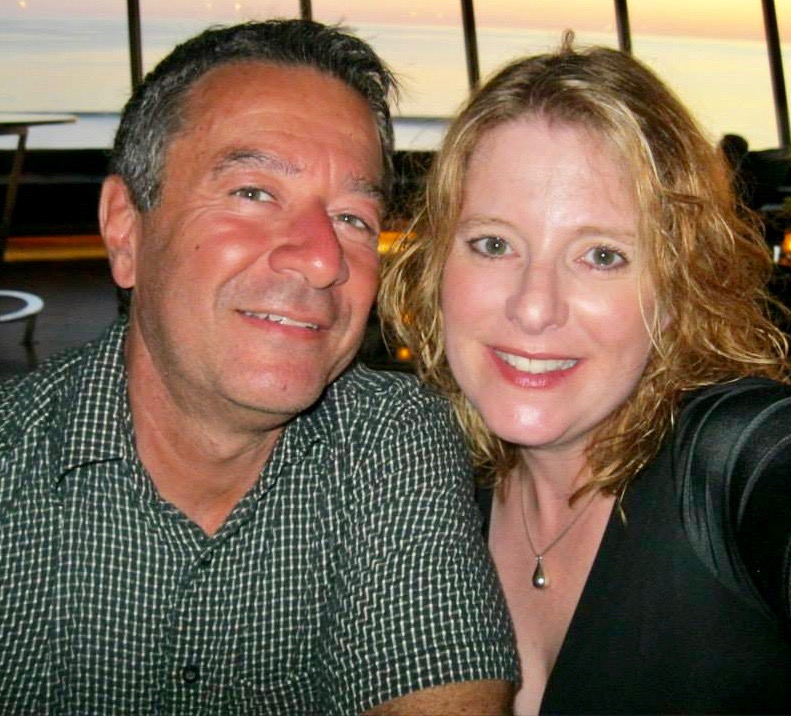 Matt Vitale, 56, has battled recurring bladder cancer since he was 42-years-old. A native of upstate New York, who moved to North Carolina in the mid ‘90s, Vitale said that one of the things that keeps he and his wife Amy in state is his doctor, Brant Inman, MD, MS. Inman, who sees about 200 total bladder cancer patients a year, said the number of young patients he sees with the disease is growing.Matt Vitale, a computer lab engineer for Dell Inc., was only 42 years old when he was diagnosed in 2004 with bladder cancer, the fourth most common cancer in men but a cancer that predominantly affects people in their ‘60s and ‘70s.

Then a weight trainer and amateur pilot, Vitale, who for the next 13 years battled recurrent bladder cancer, would undergo 20 surgeries and multiple chemotherapy treatments. He now navigates life with one kidney and a single reconstructed ureter. Still active, he’s ‘downshifted’ to motorcycle riding and flying drones.

Inman, a urologic oncologist in Duke Cancer Institute’s Prostate & Urologic Cancers Program, has taken Vitale’s case to heart. He provides Duke quality care for his young patient, while wondering why he developed cancer to begin with. He may never know.

Smoking is bladder cancer’s greatest risk factor. It’s believed to be linked to an estimated 50 to 70 percent of cases, said Inman. Vitale doesn’t smoke. An estimated 10 to 15 percent of cases are likely due to occupational exposure to industrial chemicals used in processing paint, dye, metal and petroleum products. Vitale is an office worker.

According to the National Cancer Institute, other risk factors include having a family history of or genetic mutations linked to bladder cancer, taking certain chemotherapy drugs, drinking arsenic-contaminated well water, ingesting the Chinese herb Aristolochia fangchii found in some diet pills, and chronic urinary tract infections. None of the above apply to Vitale either.

Inman said he’s not sure if the reason is “referral bias” or if doctors elsewhere are seeing the same increase. He said the large-scale National Cancer Institute SEER database, which lags by three to five years, will ultimately determine this.

“Interestingly, most of the young patients I see for bladder cancer are non-smokers with no occupational exposures and no obvious genetic predisposition, so why are they getting bladder cancer?” said Inman. “I’m left with the suspicion that maybe in some of these patients it’s caused by some unknown environmental exposure, though it could also just be bad luck.”

Inman published the first pioneering work, ten years ago, on the PD-L1 protein in bladder cancer; research that helped lead to FDA approval, over the past year, of three immune checkpoint blockade drugs that target the PD-L1 protein (atezolizumab, durvalumab, and avelumab) and one (nivolumab) that targets PD-L1’s receptor PD-1 — for use in second-line treatments of locally advanced or metastatic bladder cancer.

Brant Inman, MD, MSInman is currently doing research to hopefully identify naturally-occurring and synthetic carcinogens in the environment and their potential links to bladder cancer.

“The bladder is an organ that we know is exposed to many carcinogens,” Inman explained. “When you’re exposed to cancer causing agents, whether the exposure is through the skin, the lungs, or through food, they get absorbed into the bloodstream, filter through the kidneys then wind up in the urine. Carcinogens can be stored in your bladder for up to eight hours depending on how much you drink and how frequently you urinate. So, presumably, if we have a carcinogen that’s environmental, the bladder might be a common spot to look for cancers.”

“The idea we had is to see if we could overlay human genomic and epidemiological data with similar data from dogs,” said Inman. “Are cancers in the bladder appearing in the same geospatial locations, for humans and for dogs? Are the genetic mutation patterns similar? If they are, this might reflect some shared exposures.”

Dogs develop spontaneous bladder cancer like humans, but like many of Inman’s young patients, they don’t smoke or work industrial jobs. While bladder cancer is very breed specific, Breen has found highly variable rates of bladder cancer even within specific breeds; suggesting that something in the environment caused the tumors. And it appears that the number of dogs with bladder cancer is rising, based on a recent sample of U.S. vet practices that showed referrals for bladder cancer going up.

What does this mean for humans?

Dogs are more sensitive to environmental carcinogens. While in humans the lag time between most exposures (including smoking) and the development of disease is measured in decades, for dogs it’s much shorter; measured in months to years. 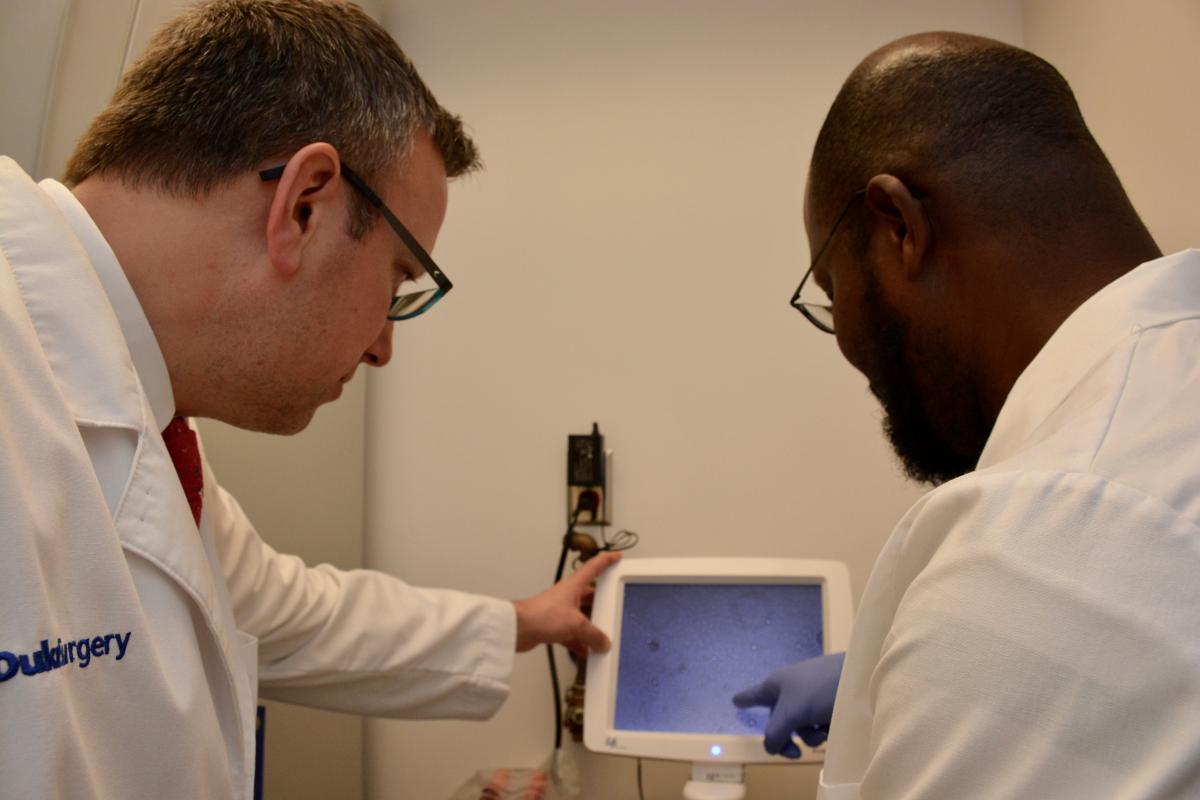 Urologic oncologist Brant Inman, MD, MS, and research technician Wiguins Etienne analyze bladder cancer cell lines at Inman’s Urologic Oncology Laboratory. The lab is taking normal bladder cells and exposing them to a large number of potential carcinogens. “If there’s an exposure in the environment that’s causing an increase in risk of bladder cancer in dogs and we’re able to identify it, that may give us some sort of lead time to capture the same exposure in humans, 10 to 20 years from now,” Inman said. “We’re hoping to look at cancer less as a human problem and more as a genetic problem that occurs in many different species that share common exposures. There must be, in some circumstances at least, shared exposures that cause this disease.”

An Ounce of Prevention

Inman’s Urologic Oncology Laboratory is currently working with a large number of potential carcinogens including the heavy metals arsenic and cadmium; certain herbicides and pesticides; polycyclic aromatic hydrocarbons produced in the oil and gas industry and other industries; aromatic amines that are found in dyes, rubber and tobacco smoke; and nitrosamines that are found in the diet.

The lab’s first two carcinogens have already been brought through to the malignant stage and those cell lines are now being genetically sequenced.

Inman’s team is working globally with a team of bio-informaticians led by Steve Rozen, PhD, at Duke-NUS Medical School in Singapore to map genetic mutation signatures. This global team allows for discovery of exposures not just in the USA but also in countries all around the world.

New drugs and delivery devices approved and on the horizon to treat various stages of bladder cancer and a five-year survival rate of nearly 78 percent is good news for patients; like Vitale, who learned in early May that he was "fingers crossed, cancer-free." Even better, if at least some of these patients' cancers could be prevented in the first place.

“If there’s something we’re exposed to in our environment that we’re not aware of that could be leading to some cancers, it would be quite good to identify it and eradicate it,” Inman said.

May is bladder cancer awareness month.