Our Journey with Prostate Cancer 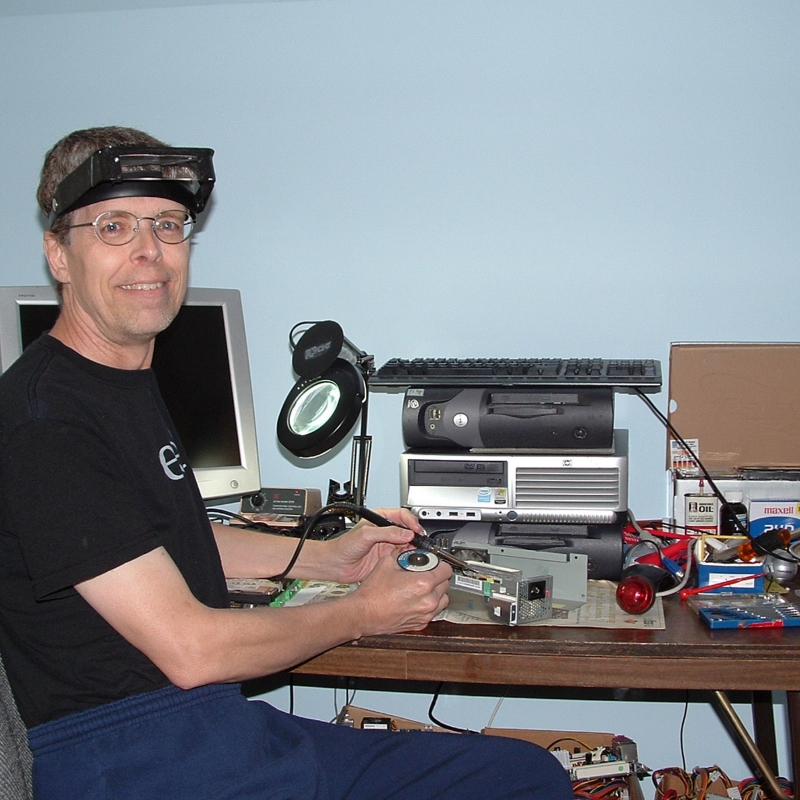 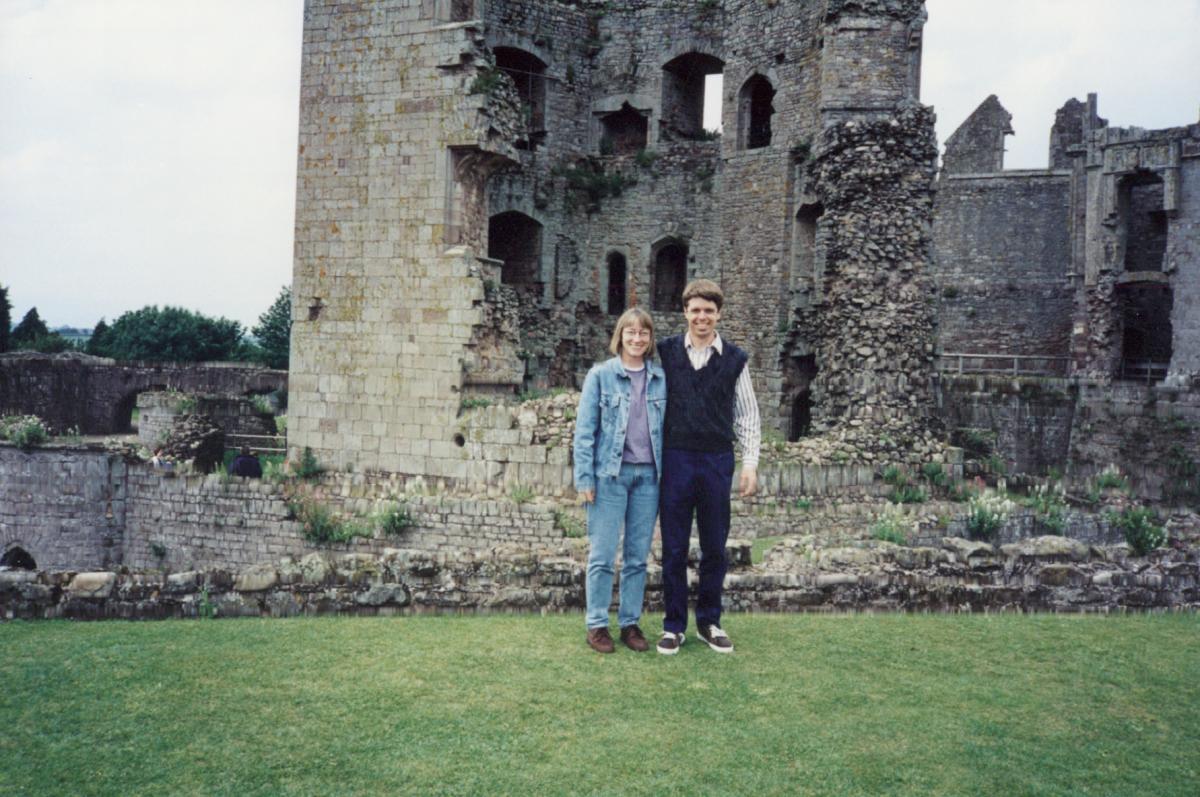 Don and Pat Ward on vacation together in Wales.I met Donald “Don” Ward in the spring of 1994 in a Sacred Harp singing group in Palo Alto, California. Over time, we struck up an acquaintance and started dating, and from our first date, we were perfect together. On our early outings, we hiked in the coastal hills between Palo Alto and the Pacific Ocean. On one of those hikes, at the top of a lovely hill with a beautiful view, Don told me that he had had so many relatives who had died of cancer that he expected he would get cancer as well someday. I thought about that for a moment, and I knew then that whatever Don’s future held, I wanted to be at his side.

Born in Oak Ridge, Tennessee, Don developed an interest in electronics and computers as a teenager, and at the age of 16, he went to Georgia Tech, where he received a bachelor’s degree in electrical engineering with honors for the highest scholastic average in his class. He was subsequently awarded a National Science Foundation scholorship to Stanford University to pursue a doctorate in electrical engineering. Don was always cheerful and kind, and he was able to find joy in each day. He had a wonderful sense of humor, and he took pleasure in the things that he did well, which were many.

In 2000, Don and I were married in Palo Alto, with Don’s barbershop quartet, the local barbershop chorus, and the Sacred Harp singers providing the music. The following year, in 2001, we moved to Raleigh, North Carolina. I retired at that time, but Don continued working from home, and we took up duplicate bridge, worked outside in our big yard, and went on many short trips in North Carolina and up the East Coast. Don loved shortwave radios, and he wrote a “software-defined radio”, in which many of the radio components that were usually part of radio’s hardware were instead written in software. We had wire antennas hanging from many of the tall trees in our yard, and Don’s radio would pick up and decode shortwave signals from all over the U.S. and Western Europe. Life was good.

However, in September 2005, just five years after our marriage, Don went to see his urologist for his annual appointment, and the doctor found a lump during a digital exam. An October biopsy showed prostate cancer, and Don was advised to have a radical prostatectomy to remove the prostate. We interviewed several surgeons in Raleigh and asked around for recommendations. Don’s local urologist recommended Dr. Thomas Polascik at the Duke Cancer Institute, and on January 3, 2006, Don underwent the radical prostatectomy performed by Dr. Polascik. 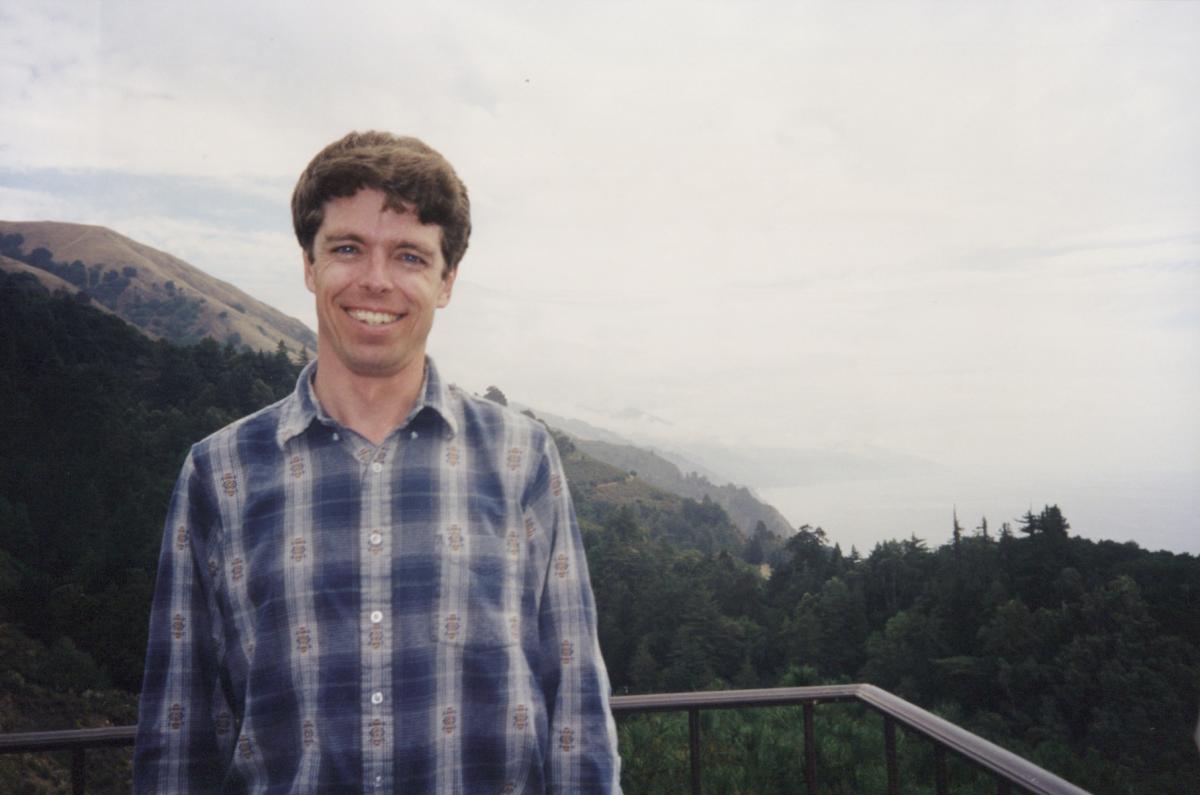 It was our hope that the surgery would remove the cancer completely, but by late fall of 2007, Don’s PSA scores began to rise again, and more treatment was needed. On December 26, 2007, Don started a three-week course of radiation. The radiation knocked down the PSA levels — stabilizing his cancer. Over the next two years, Don felt well and our lives carried on normally. Then, in January 2010, his PSA level was topping off again, leading Don to become a patient of Duke Cancer Institute’s prostate cancer specialist, Dr. Daniel George. In November 2010, Don started a six-month treatment with Docetaxel, a form of chemotherapy. Over the following three years, Don tried many other treatment therapies from chemotherapy to radiation. During this time, Don also endured several hospital stays, including five trips to the emergency room and periods of home health care. By 2012, Don’s cancer had migrated into the wall of his bladder and into his right hip, requiring him to need a stent in the main vein of his right hip. This procedure allowed him to keep the vein open to his right leg and foot. By 2012, the cancer was causing enough pain that Don had to drop out of his singing groups and bridge tournaments.

Despite the setbacks, there were good times at the Duke Cancer Center also. I can remember December 19, 2012, so vividly. Don was scheduled to have a long day of appointments and treatments, so his brother-in-law accompanied him to Duke. December 19 was a special day, as it was Don’s birthday. When the duo left for Durham, I called the front desk at the Prostate & Urologic Cancer Clinic to ask that a message be given to Sarah Wood, NP, Dr. George’s nurse, to wish Don a happy birthday. That evening, when Don arrived at home, to my surprise he came in with a big plate of cookies and other goodies. It turned out that Sarah had not only received my message, but she had arranged an entire birthday party for Don, complete with food, drinks, balloons, a card and a group singing of Happy Birthday. I was so grateful. I will never forget how kind they all were that day.

In fact, the staff members at the Duke Cancer Center were always very kind to Don. He often spent time on the Internet researching prostate cancer treatment, and at appointments with Dr. George, Don would ask whether these treatments might be appropriate for him. Dr. George would always take the time to speak with Don at length about his research findings. Sarah Wood was invariably warm, personable, kind and cheerful. Don could describe a bothersome symptom, and right away Sarah would know which drug would treat that symptom. Even the receptionists were kind — they seemed to know all their patients by name, and they would greet Don while immediately noticing whether he was using a cane or a walker or had improved and was walking on his own. Because Don’s cancer was in the prostate and bladder area, many of the details of his symptoms and treatments were not really suitable for casual conversation with concerned friends and distant family, and it was comforting to be able to talk about these things with the staff in the Cancer Center. 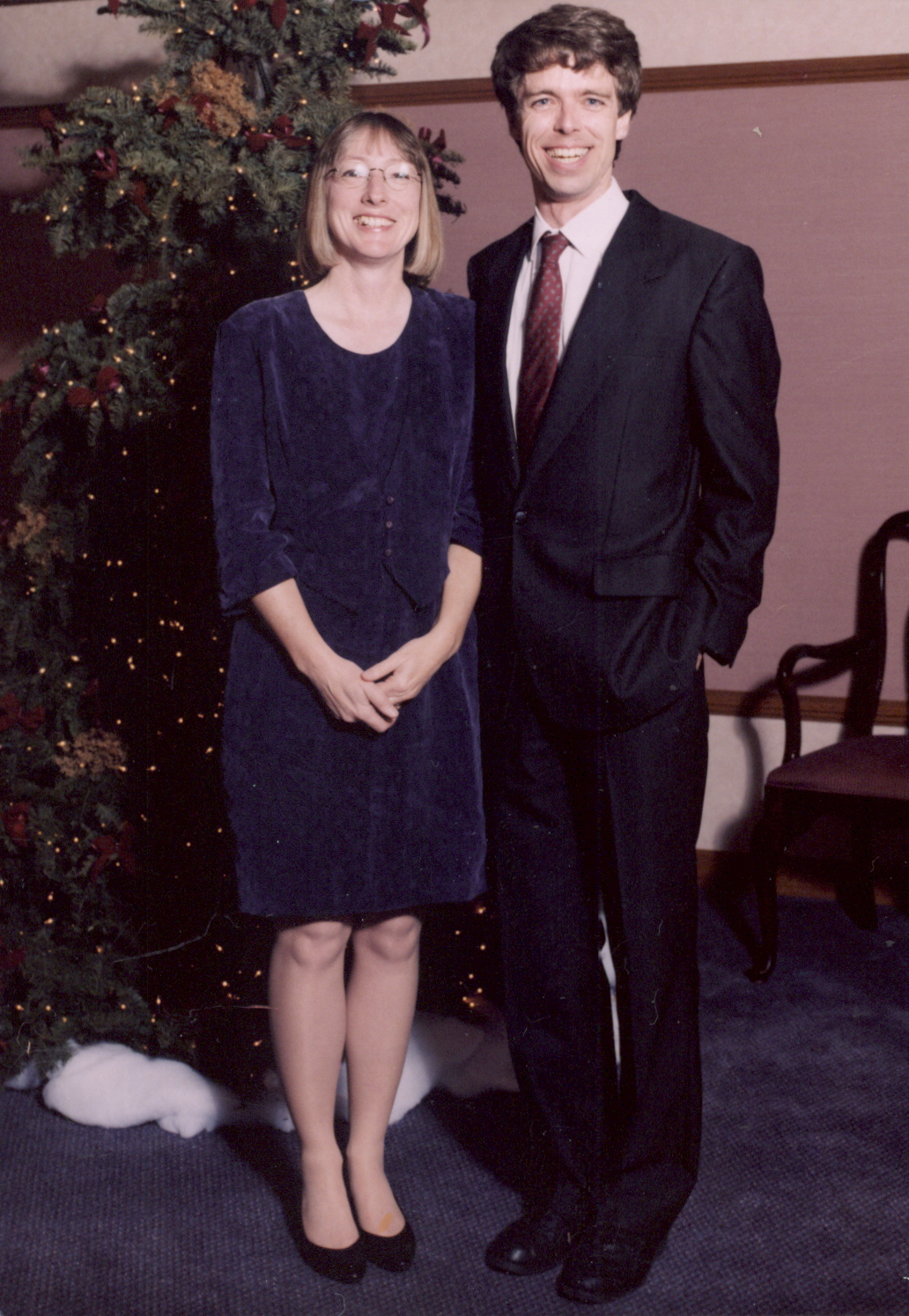 Don and Pat Ward attending a Christmas party at Don's job.By January 2014, Don was weakening, and in April of that year, Dr. George told Don that the latest scans showed that the cancer had spread extensively, and that Don should consider going into hospice. Don just wanted to live and was resisting this advice, when on April 19, 2014, he woke up and couldn’t breathe. I drove Don to the Rex Hospital emergency room, where he was diagnosed with a collapsed lung. The Rex emergency room personel inflated his lung, but a few days later it had collapsed again, and Don went to Duke Raleigh Hospital for a procedure to keep the lung inflated. Don barely survived the procedure, and in the hospital, hospice took over Don’s care. He lived for five more weeks, trying his best to stay alive, but on June 11, 2014, my beloved Don Ward died in Raleigh at the age of 59. The world lost one of its stars that day.

After Don died, I wondered if there hadn’t been something that I could have done to prolong his life. Don had always been a healthy eater, had exercised all his life, and had never smoked. During his years of cancer, we had made a special effort to prepare very healthy mails, seemingly to no avail. These thoughts became distressing, so I pulled out Don’s family tree and made a diagram of the cancer deaths in his family. I saw that both his grandfathers had died of cancer, one of prostate cancer at the age of 60, and the other of lung cancer. Don’s father and his two paternal uncles had had the slow-growing type of prostate cancer. Don’s mother had been treated for melanoma, ovarian cancer, and breast cancer, and she had died of brain cancer in her early 70’s. Don’s maternal aunt died of cancer at the age of 60. In Don’s own generation, one of his male cousins died of non-Hodgkins lymphoma in his 40’s, and another died of liver cancer in his 50’s, both of them dying before Don died. I carried this diagram around with me for a while as a consolation and a reminder that Don’s family genetics had most likely played a role in the persistence of his cancer, and there was probably nothing I could have done to prevent Don’s death.

Throughout his long journey with cancer, Don was treated at the Duke Cancer Center. During all those doctor’s appointments, treatments, tests, emergency room visits and hospital stays, the staff became a special family for us -- they became the people that we could talk to about his illness. For a time after Don’s death, I missed them and thought about them often. They were like family members who had suddenly disappeared. They had kept Don alive for me for nine years and had stood by our side thoughout Don’s journey with aggressive prostate cancer.