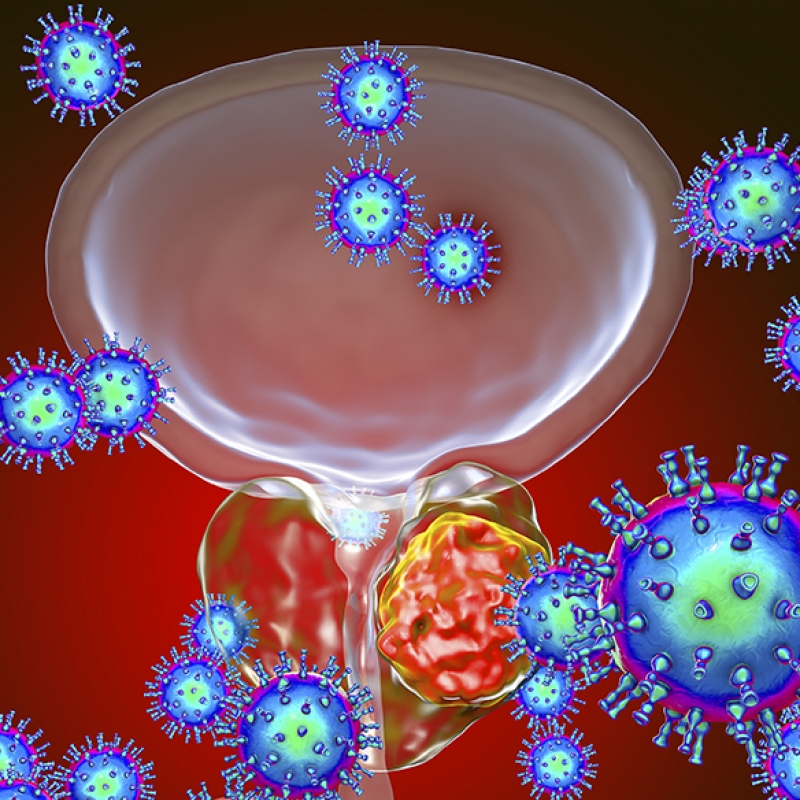 Most men and their doctors know to be extra vigilant if there's a family history of prostate cancer, which adds heightened risk for the disease.

But what often gets overlooked is the man's female relatives. If mothers, sisters and daughters have a history of breast and ovarian cancers, possibly stemming from mutations in genes like BRCA1/2, a man's risk for prostate cancer is also significantly increased, and this information should be included in family histories to guide screening, testing and treatment.

That finding, in a study led by Kathleen Cooney, M.D., professor and chair of the Duke University Department of Medicine, published March 24 in the Journal of Clinical Oncology.

Previous studies have shown that certain cancers -- including breast, ovarian, pancreatic and prostate -- are linked by the inheritable mutations BRCA1 and BRCA2 genes. Cooney and her team built on that existing knowledge by using the Utah Population Database to examine the health and family history records of approximately 620,000 men over the age of 40. They also examined the risk of prostate cancer in men with a family history consistent with Lynch Syndrome, also known as hereditary nonpolyposis colorectal cancer.

Researchers found that the risk of prostate cancer varied by family history of cancer but was most strongly associated with early-onset disease, defined as a prostate cancer diagnosis in men under the age of 56, emphasizing the importance of screening at an earlier age in high risk families.

A family history of hereditary prostate cancer conveyed the greatest relative risk for all prostate cancer subtypes combined, followed by hereditary breast and ovarian cancer and Lynch syndrome. The strongest risks associated with family history were observed for early onset disease in all cancer types, consistent with the contribution of genetic factors to disease occurrence.

“Family history is often downplayed as a tool to guide a patient’s care,” Cooney said. “We often don’t know about our relatives’ medical histories, and the information is dynamic, changing from year-to-year, so it needs to continually be assessed. If a patient has a strong family history of cancer, we need to pay attention.”

Prostate cancer is the most common invasive cancer diagnosed among men in the United States with an estimated 192,000 new occurrences projected to be diagnosed in 2020. The National Comprehensive Cancer Network recommends that male BRCA2 mutation carriers begin prostate cancer screening with prostate-specific antigen (PSA) testing and a digital rectal exam by age 40 and that BRCA1 mutation carriers also consider testing at this age.

The study received support from the Huntsman Cancer Foundation; the National Institutes of Health (P30 CA2014); the University of Utah; the University of Utah’s Program in Personalized Health and Center for Clinical and Translational Science; the National Cancer Institute’s SEER Program (HHSN261201800016I); and the US Center for Disease Control and Prevention’s National Program of Cancer Registries (NU58DP0063200).