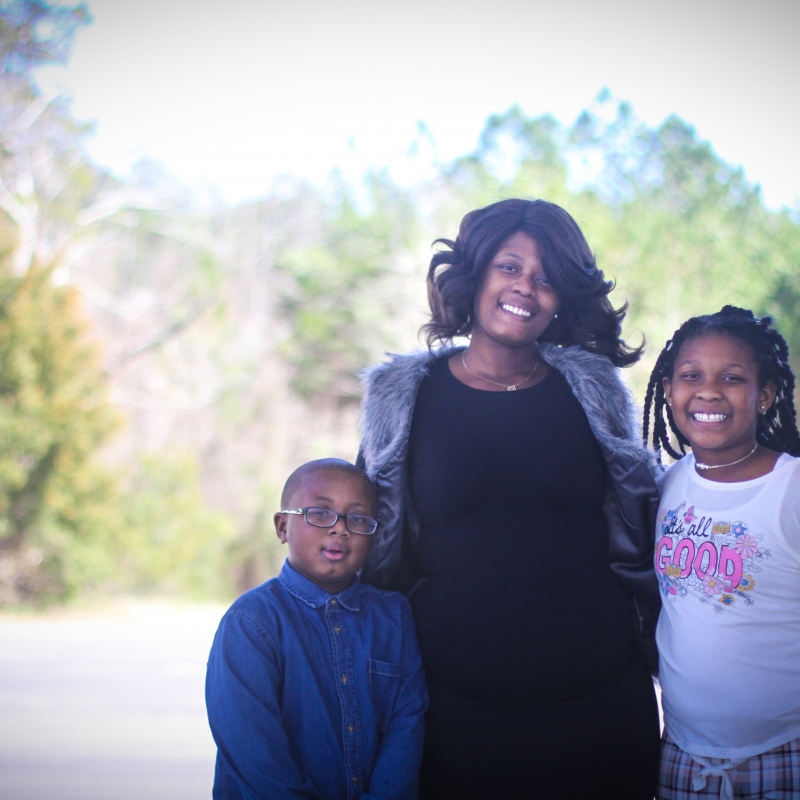 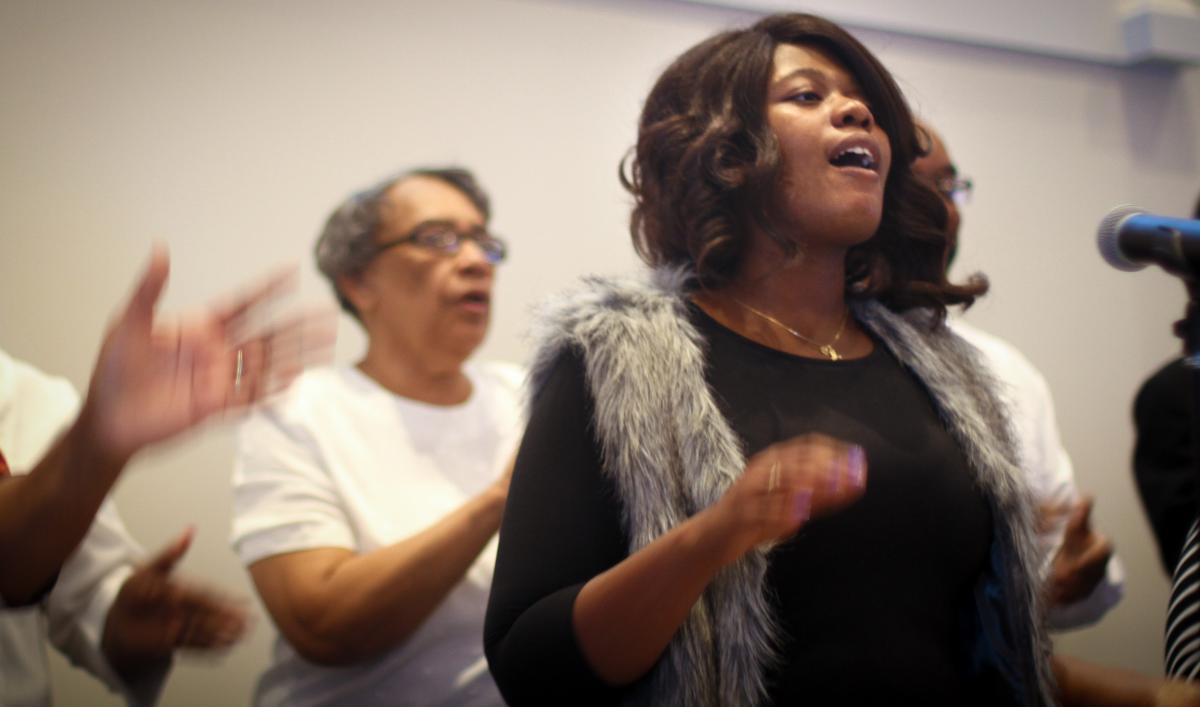 Every Sunday, you can find Marisha Hargrove, 28, at the front of her hometown church leading the congregation in worship with gospel songs. Marisha’s voice is strong and powerful as she belts out her favorite song “I Don’t Know About Tomorrow,” bringing churchgoers to its feet. The ballad’s lyrics tug at heartstrings. Some of the parishioners of Woodsworth Baptist Church remember so clearly Marisha’s mother singing in that very spot. Marisha’s mother passed away from kidney cancer 21 years ago this year. For Marisha, the tune is cathartic. Her performance is a declaration against cancer, but she no longer sings it only in remembrance of her mother. Now, she sings out against the same disease attempting to steal her tomorrow.

“I was scared to death,” shared Marisha, whose mother’s diagnosis happened around the same age, at 27. “Imagine being seven years old and losing your mother. Then imagine becoming a mother and hearing doctors tell you that you now have the samecancer. It was déjà vu, all I could think about was my two children and how I would comfort their fears – how I would survive for them.”

In October 2013, the youth choir director found a large lump in her neck, noting that she also had recently become increasingly fatigued and was losing weight at an accelerated rate. Her uncle, Steve Hargrove, who had been her mother’s caretaker, knew immediately they needed to get Marisha to the doctor. After her primary care physician ordered a CT scan, Marisha’s diagnosis was confirmed – stage four kidney cancer that had metastasized to the lymph nodes in her neck.

The diagnosis was all too familiar for the Hargrove family, and after losing his sister and Marisha’s mother to the disease, Steve Hargrove was determined to seek the most advanced care for his niece.

“During the original appointment, we were told Marisha had six months to live and everyone instantaneously went numb,” said Steve. “However, the negative thoughts ended right there because we refused to accept the prognosis as the final answer for Marisha. I gathered the family together and we prayed that God would lead us to the right medical team.”

A few days later, Marisha scheduled an appointment with medical oncologist, David Mack, MD, near her hometown in Henderson, North Carolina. During that visit, Marisha learned that her cancer was papillary renal cell carcinoma (pRCC),  a less common type of kidney cancer that can be inherited. Her doctor, who practices at Maria Parham Cancer Center – part of the Duke Cancer Network – referred her to Duke Cancer Institute’s kidney cancer specialist, Michael Harrison, MD. Harrison specializes in treating advanced, genetic renal cell carcinomas. As a physician-scientist, he is also aware of cutting-edge research and trials that are available at Duke for kidney cancer patients.

At her first DCI appointment in November 2013, Harrison recommended Marisha undergo genetic testing to identify any mutations present in her cancer, since her specific diagnosis is rare and because her mother had died of a young age from kidney cancer. The testing revealed Marisha had mutation in the fumarate hydratase (FH) gene, which defines hereditary leiomyomatosis renal cell carcinoma (HLRCC). Her tumor was also sent for molecular testing, although she needed treatment before the results were known. Harrison began Marisha on Cabometyx (Cabo), an oral therapy used to treat people with advanced kidney cancer and designed to target VEGF and MET receptors.

“Marisha has a less common form of kidney cancer, pRCC, and then combined with the heredity subtype, HLRCC, her disease becomes even more unusual. At the time, a lot of data was circulating about MET alterations as drivers of pRCC and I was aware of a drug that Marisha’s cancer might respond well to,” explained Harrison. “However, because the drug was not FDA approved yet (it finally received FDA approval in 2017), it was difficult for Marisha to get Medicaid to cover the costs. One of the big benefits to receiving treatment at an academic institution like Duke is that our multi-disciplinary team also includes pharmacists who are committed to advocating strongly for our patients. They were able to secure the drug through Medicaid for her.”

After beginning treatment, Marisha’s cancer immediately responded to the drug; every tumor shrank in size and her cancer stabilized. With the tumors now under control, Harrison scheduled Marisha for a coil embolization, a procedure which blocks vessels to restrict blood flow to the primary kidney tumor. After a successful embolization, the clinical team increased her Cabo dosage, attacking the aggressive cancer with all the power they could unleash.

“I couldn’t thank the clinical team at Duke enough for their hard work in helping persuade Medicaid to cover the drug costs, because this drug really did save my life,” said Marisha. “It’s one of the things I love most about Duke – their commitment to never giving up. They fight with you and for you.”

In June 2015, Marisha’s cancer began to progress again, but her Duke team was ready with different VEGF inhibitors that continued to stabilize her cancer. During the next two years, Marisha was treated with two different VEGF-targeted drugs and a few doses of radiation to alleviate the pain caused by the tumor in her neck.

In May 2017, after her cancer again began to progress on therapy, Harrison began Marisha on  Nivolumab, a PD-1 inhibitor immunotherapy. Today, four years after her original diagnosis, Marisha’s cancer continues to be stable. Overall, she has a good quality of life on immunotherapy– feeling well enough to continue leading the choir and care for her two young children.

“My Duke care team allowed me to grab hold of my life again, to fight the cancer that stole my mother and be there for my kids,” said Marisha. “I know my limits, but I have a really strong support system in my family and they give me the daily strength and motivation to beat this. I won’t let this cancer take another mother away from her children. This time, the cancer loses.”