Family Gives Back on Father’s Day 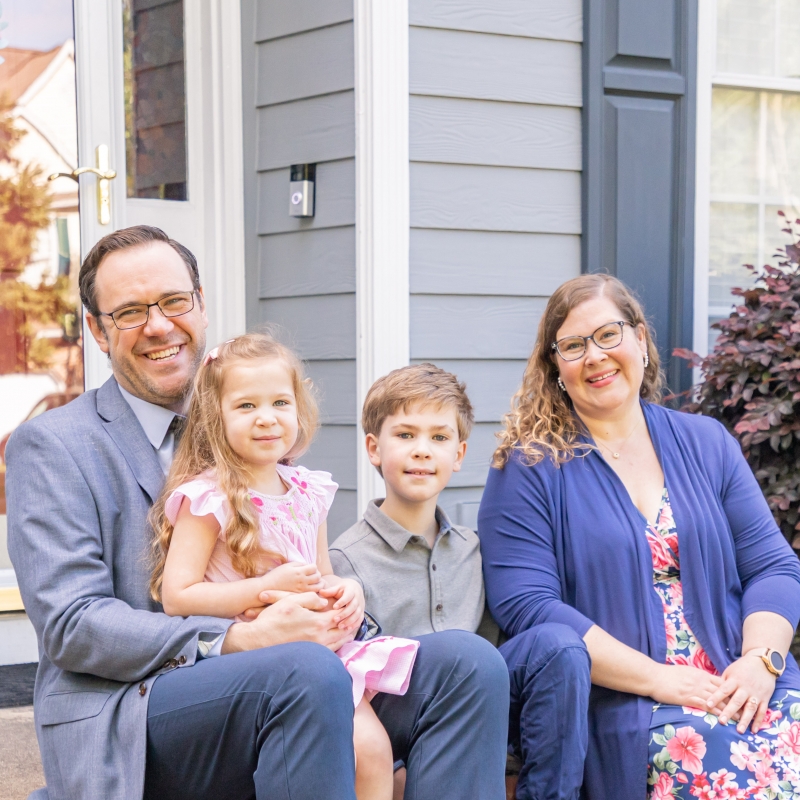 A little over 10 years ago, Brian Hendrix, now 41, and his wife Morgan suffered a heartbreaking miscarriage. Shortly after deciding to try again for a family, Brian awoke late one evening to use the bathroom and discovered that one testicle was double the size of the other. The otherwise healthy young adult knew something was seriously wrong.

“I got up early Thursday morning and scheduled an appointment with my primary care physician,” explained Brian. “Other than the size, I was experiencing no additional symptoms or pain. My doctor suggested I undergo an ultrasound test, which later came back with inconclusive results. He then referred me to a urologist for further examination, and most importantly, to rule out cancer.”

Hendrix’s appointment was scheduled for the next day with Cary Robertson, MD, a urologic oncologist at Duke Cancer Institute. Upon his arrival at the clinic, Hendrix underwent additional testing, including a blood work-up and second ultrasound, all of which produced inconclusive results.

“I think we spent that entire day at the hospital undergoing testing, and our surgeon Dr. Robertson stayed late that evening to discuss options with us,” recalled Brian. “Dr. Robertson explained that even with the inconclusive test results, because of the unique presentation there was an 80% chance this could be cancer. My wife and I needed to make the best decision for us, and hopefully the family we wanted to grow. With that in mind, we decided to immediately take it out – even if it was only an infection.”

Following a successful procedure the following Monday, the Hendrix family anxiously awaited the final pathology results. They received a phone call from the clinical team confirming stage 1, on the verge of state 2, testicular cancer, but the results also indicated that the cancer had been removed with clear margins. Next, Robertson referred Hendrix to his colleague, Andrew Armstrong, MD, a medical oncologist who specializes in testicular cancer treatment.

During their first appointment, Armstrong presented Hendrix with options to keep the disease from recurring. In testicular cancer, recurrence is possible in about 15% to 20% of patients, most often when the disease spreads to the lymph nodes. Armstrong recommended two different options for Hendrix, either chemotherapy or active surveillance.

“It was a difficult decision because having a family was very important to my wife and I. If we chose chemotherapy, there was a chance it could sterilize me. At the same time, active surveillance required five years of follow-up visits,” explained Hendrix. “Ultimately, we chose to monitor the disease and hope the cancer did not recur.”

Three months later, the couple found out they were pregnant with their first child. Eleven months after Hendrix’s testicular cancer surgery, his son Harrison was born. “We brought Harrison into the clinic after he was born to introduce him to our Duke family,” said Hendrix. “I wanted every person there to know that Harrison was alive because of them.”

In 2020, the American Cancer Society estimates nearly 9,600 men will be diagnosed with testicular cancer. While testicular cancer is not considered common, the average age of diagnosis is 33. Armstrong advises that testicular self-exams once a month can pick up the vast majority of all testicular cancer cases, which usually present as a painless mass or swelling. He cautioned that without regular self-exams and annual physicals, the risk that the cancer will spread is much higher.

“Looking back, the only mistake we could have made was not handling the problem,” stated Hendrix. “Luckily, Duke was there with us every step of the way. They truly became our family over the years.”

In the words of Bobbi Hendrix, “We are so grateful that Brian is a father, and we fully believe it’s because of the care he received at Duke. Thanks to the amazing clinical team, we have two grand-children and Brian alive with us today.”