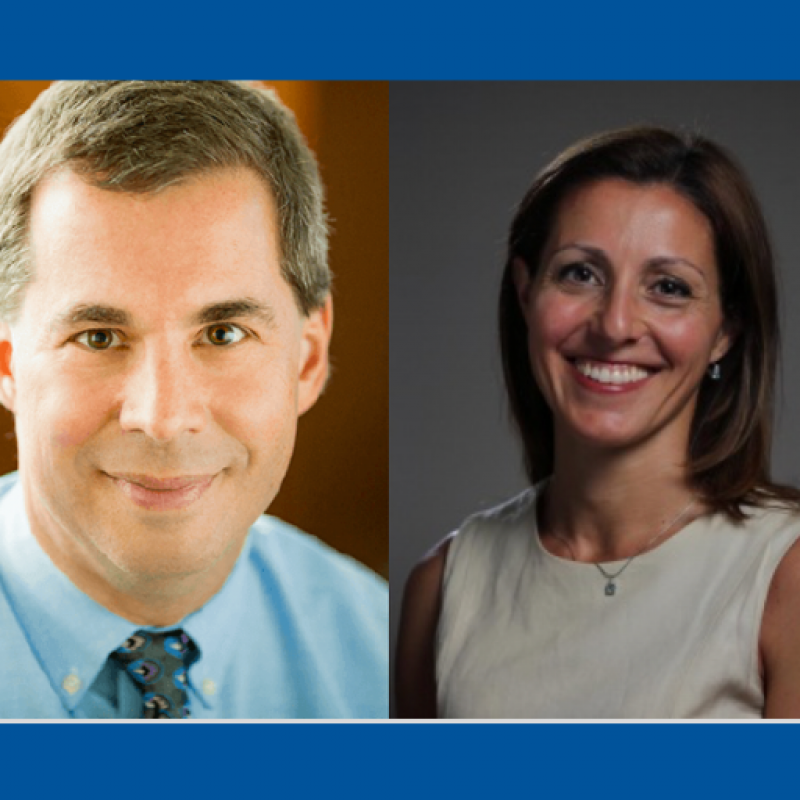 A DCRI-led study called PRONOUNCE is comparing two types of androgen deprivation therapy (ADT) to determine whether one may lead to less cardio-metabolic risk for patients with atherosclerotic cardiovascular disease (ASCVD) and prostate cancer.

ADT is the mainstay treatment for prostate cancer, but previous research has indicated that it may be associated with cardio-metabolic effects such as increase in total cholesterol and insulin resistance. Previous studies comparing different types of ADT—a gonadotropin-releasing hormone (GnRH) agonist versus a GnRH antagonist—and a meta-analysis of these studies suggests that the antagonist may result in fewer cardiovascular events in this patient population.

PRONOUNCE, a global trial led by DCRI’s Chiara Melloni, MD (pictured left), and John Alexander, MD, MHS (pictured right), will provide needed evidence to answer this question by randomizing approximately 900 patients to either an antagonist (degarelix) or an agonist (leuprolide). The primary endpoint is any major adverse cardiovascular event within a year of receiving ADT, including death, heart attack, and stroke. PRONOUNCE is the first cardiovascular outcomes trial to compare two different types of cancer treatment, Melloni said, and represents an important development in the cardio-oncology field. The study team recently published a paper that outlines the design of the trial in JACC: CardioOncology.

Translation Research, along with DCRI fellow Adam Nelson, MD, PhD. This paper provides an overview of research on the topic. Although potential cardio-metabolic effects associated with ADT were initially observed in 2005, the mechanism still is not well understood 15 years later.

The paper notes that the prevalence of prostate cancer, which is the most common cancer in men, is increasing as lifespan increases and the population ages. While the exact effects of ADT are still unclear, some studies have shown that cardiovascular events are the second-leading cause of death (behind prostate cancer) for these patients.

PRONOUNCE will add to the existing literature on this topic by confirming whether the antagonist is a less risky version of the treatment than the agonist. The DCRI’s Clinical Events Classification (CEC) group is in charge of confirming clinical events that occur within the trial. The DCRI’s Renato Lopes, MD, PhD, is the CEC primary investigator, and Lauren Arney, RN, is the CEC project leader. Matthew Roe, MD, MHS, formerly of the DCRI, also contributed to this study.

This article originally appeared on the DCRI website: https://dcri.org/pronounce-design/