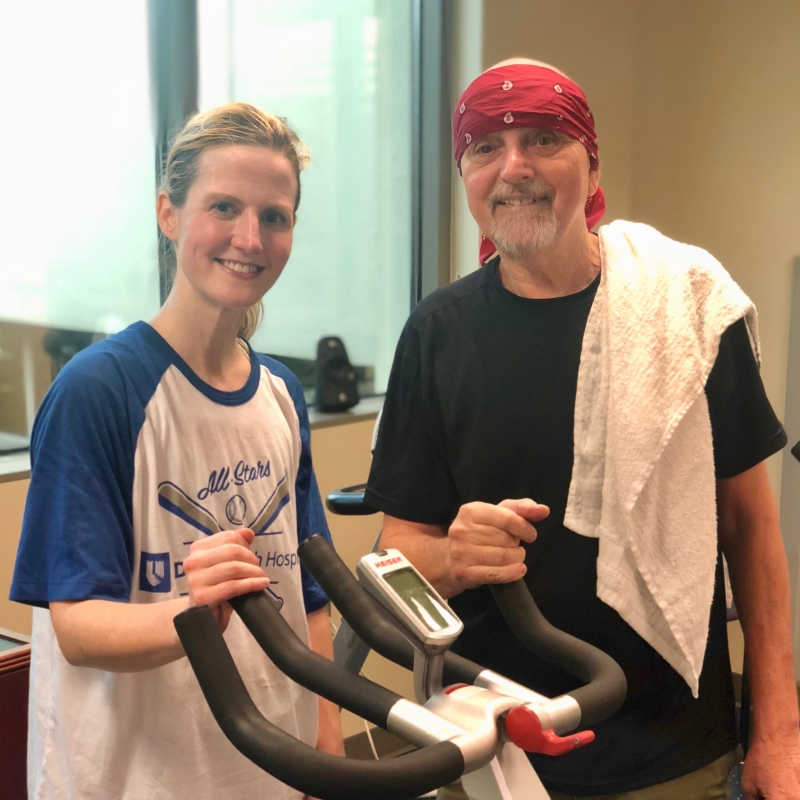 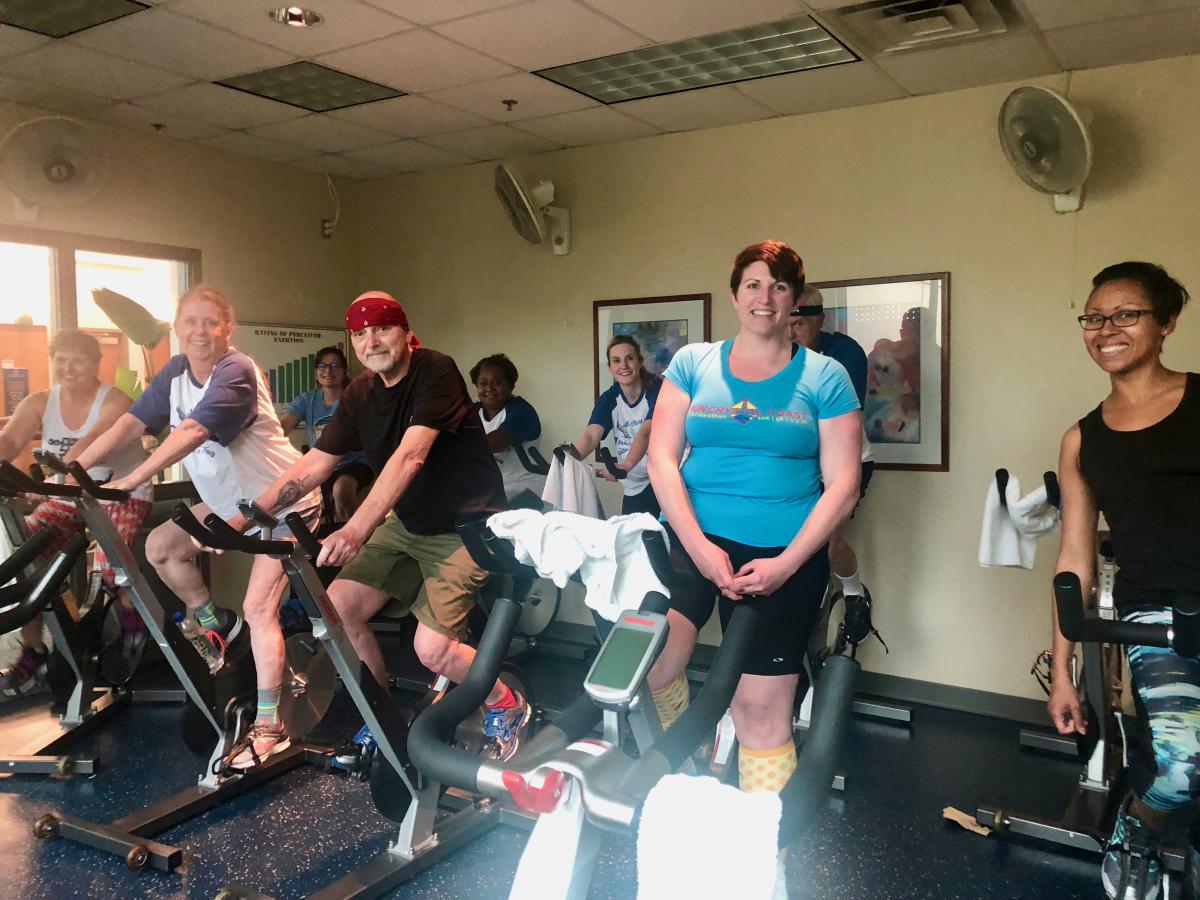 As a way of showing gratitude to his care team at Duke, Rick Leavitt (center, front row) leads a private cycle class at the studio he teaches classes.It’s Monday afternoon at the UNC Rex Wellness Center gym and cycling class participants begin to find their way into the bike saddles, readying themselves to push the pedals for the next 45 minutes. The lights dim as Rick Leavitt, 71, finishes lacing up his shoes to lead the ride ahead. It’s go-time as he furiously begins to move his feet to the beat of the music.

“No matter how difficult this gets, remember you can do it,” Leavitt says with an encouraging smile, and his class cheers in response.

No one knows that Leavitt is also encouraging himself as he continues his battle with metastatic cancer.

In 2010, Leavitt learned he had an elevated prostate-specific antigen (PSA) level. After discussing options with his physician, he decided to undergo active-surveillance because the PSA level was still within normal range. During this disease management option, prostate cancer is carefully monitored for signs of progression, but no treatment is administered. A PSA blood test and digital rectal exam are usually administered once or twice a year along with a repeat biopsy of the prostate usually every one to three years.

For two years, Leavitt continued in active surveillance without any noticeable changes. However, in 2012 during a routine physical with his general practitioner, Leavitt’s PSA had risen slightly above the normal range and he was referred to a local urologist for a biopsy.

“I went in for my appointment and the urologist said, ‘Rick I have bad news for you. You have prostate cancer.’ My immediate response was, ‘Oh thank goodness, I thought you said I had a cataract,” Leavitt laughed, remembering the original diagnosis. “From that very moment, I refused to let this diagnosis steal any joy from life.” 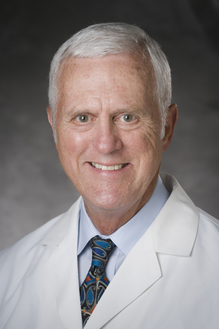 Scans revealed Leavitt’s prostate cancer had metastasized, and Berry enrolled him in a clinical trial available at Duke.

“Honestly, I was kind of shocked,” said Leavitt. “If the scans did not prove my cancer had spread, I wouldn’t have believed them – I felt that well.”

While on the clinical trial, Leavitt occasionally experienced painful joints, a common side effect of the treatment. Never one to let the treatments get the best of him, Leavitt powered through the discomfort and credits his rigorous exercise routine and healthy eating with giving him extra strength. Throughout his treatment period, he continued to lead cycle and water aerobics classes at UNC Rex Wellness Center.

“We enrolled Rick on the Merck Prostate trial, which combines immunotherapy and hormonal therapy,” described Berry. “Specifically, Rick takes Pembrolizumab, a form of immunotherapy, that is an engineered monoclonal antibody which works as a check point inhibitor to the T-cell receptor, PD-1. This receptor tends to suppress immune responses to cancer cells, so inhibition of PD-1 can, in some cases, allow the body’s innate immune system to attack the cancer successfully.”

Leavitt is thankful that the treatment has not impacted his daily life. He is still able to play with his shelter dog, Auggie, and rides his Harley Davidson along with his road crew, Enforcers MC.

“I won’t give up,” declared Leavitt. “Everyone has to deal at their own level, but every day I summon up every reserve of strength in me to find the fortitude to beat this disease. Medicine is always advancing but finding the right care team for you is the most important first step. My care team at Duke is the best, and I believe in them and the care they are delivering me.”

Recent scans revealed that Leavitt’s cancer is now adapting to the medication from the clinical trial and advancing once again, spreading to his ribs. Researchers at Duke have uncovered that prostate cancer is known to evade the immune system in many ways, thus making it more difficult to target and treat.

At his last appointment, Leavitt and Berry discussed the next best treatment option for his prostate cancer.

“I cannot express enough how much faith I have in my Duke care team,” said Leavitt. “Every time my cancer adapts to the treatment, Dr. Berry and his team are prepared and ready with a different plan. They are the best.”